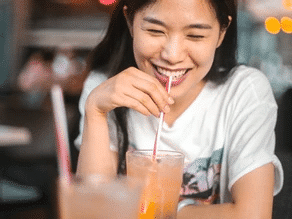 China is known as an exporting powerhouse. With new trends and changing behaviours, it is hardly surprising that growth in imports is expected to continue, despite March seeing a small decrease of 0.9% in US imports due to Covid-19.

The growth in imports is primarily driven by the demand for commodities and consumer goods.

As Chinese consumers become wealthier, their demand for higher quantities of higher quality goods and services is also increasing. Due to continuing worries among Chinese about the safety of domestically-produced goods, many seek out foreign products.

This is particularly true when it comes to alcohol consumption in China with a larger number of foreign countries importing what they have to offer. Foreign brands are steadily taking market share away from established domestic brands in wine, beer, and spirits. With this enormous growth potential, Mersol & Luo provides localized expertise to implement strategies ahead of time and avoid common risks and challenges to make importing to China a worthwhile venture.

In some ways, the government is contributing to this trend as it steadily reduces the VAT rate, duties and tariffs on foreign goods. VAT continues to be reduced and shows a broader trend by the Chinese government working to reduce the cost of imported goods. Countries with which China already has free trade agreements—such as Australia and Georgia—will further benefit from this.

Opportunities for Producers of Wine, Beer, and Spirits in a Growing Market

Wine is substantially the most popular type of alcohol in China, with the country being the single largest importer in the world. 745.8 million litres were imported in 2017, according to Chinese customs. A wine culture that includes knowledge and understanding of wine is increasing—particularly in large urban areas, albeit from a relatively low base.

Although France remains the single largest source of wine imports, this is changing quickly as local consumers become familiar with the quality and varieties of other regions and exporting countries, such as Chile, who benefits from free trade agreements, enabling higher competition on price.

Spirits face stiff competition from China’s local fiery spirit, baijiu. Brandy accounts for China’s 75% of all imported liquors in 2018, but other hard spirits have been making huge inroads in the last few years. The value of imports of brandy reached over US$1 billion, a 20.6% increase from 2017. Whisky import enjoyed a 27.6% value increase, while imports of vodka and rum are valued at US$16.7 million and US$7.9 million, respectively.

China is the largest beer market in the world, with an annual consumption of 46 billion litres. In terms of volume, beer dominates the country’s overall alcohol market, representing 75% of the total amount of alcohol consumption. Imports have also doubled in digits over the last 5 years, mainly dominated by European brewers like Belgium and Germany.

Demand for different varieties of mass-market and craft beers is growing as Chinese consumers—typically young and urbane—have developed a taste for IPAs, stouts, and other both traditional and new varieties and flavours. Imported beer to China has shown rapid growth in both sales volume and value over the past five years.

All these points to a huge opportunity for foreign producers of wine, spirits, and beer, as China’s drinking culture shifts away from traditional swill to new, novel, more flavorful and better quality alcoholic beverages. Although large urban areas—such as Shenzhen and Shanghai—are leading the way in adopting new trends, smaller cities have begun to follow as well – all of which are huge potential markets for producers of all sizes looking for their next (or first) export market opportunity with the guidance of Mersol & Luo.

The key to successfully tapping, expanding, and succeeding in importing alcohol to China is always finding the right partners like Mersol & Luo, who understand the market, who can properly localize your branding and marketing strategy.