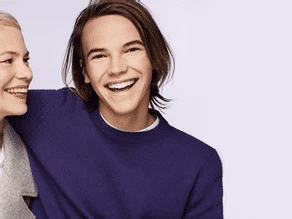 Reasons the Proactiv Inventors Are Creating a Teen Acne Line

How Rodan and Fields Works

Dr Katie Rodan and Dr Kathy Fields, the dermatologists behind Proactiv, are at it again — acne treatment that is — with a new teen-acne line for Rodan & Fields.

The doctors, who are no longer involved with their first teen-acne line, are launching Spotless, $89, a two-step acne-treatment line for teens under the Rodan & Fields brand.

While the line targets the same demographic as Proactiv, Spotless has an entirely different formulation, the doctors say — one based on the skin’s microbiome.

“This is science, it’s not us coming up with a theory,” Rodan said. “It’s new, published data.”

How Rodan and Fields Works

The products contain a new patent-pending technology called BPO2 that aims to penetrate pores to fight and prevent breakouts with reduced irritation. Step one is the line’s daily acne wash, and step two is the Acne Clearing Treatment. Together, the two aim to promote oxygen flow in the pores with the goal of preventing pimples. That oxygen flow is meant to keep the skin’s microbiome happy. Industry sources estimated that in its first year, the duo could bring in about $60 million in sales.

“It’s really about the microbiome and it’s about oxygen,” Rodan said. “On the surface of the skin, we have that microbiome layer, which is a bunch of different bacteria that are living in peace and harmony, bathed in oxygen.”

Previously, the doctors noted, the belief was that all acne-causing bacteria on the skin needed to be killed, but new research shows that may not be the case. What really matters, they contend, is what happens to the acne-causing bacteria in the pore, they said, especially as they are cut off from oxygen.

“They are going wacko inside the pore creating this horrible icky, soupy mess,” Rodan said. That “soupy mess” can eventually turn into a pimple, they said.

“We have crystal technology in the wash with exfoliation because we want to get into the pore…and break up the biofilm,” Fields noted.

“We learned that with Proactiv,” Fields said. “Teens were leaving out a step or they would get frustrated and they wouldn’t do a step.”

The move marks Rodan’s and Fields’ first step in teen skincare since they left Proactiv. Until now, the company has entirely focused on adults and sold an acne-treatment line called Unblemish, $186. That line has been reformulated to include salicylic acid and gentle exfoliators, the company said.

Both lines will be sold direct-to-consumer, through the Rodan & Fields salesforce, as well as online.

Some consultants have been able to try Spotless before launch, Dietz noted, and the products will be supported by digital marketing that will roll out later in the year.

“One of the things that are so powerful about how we go to market is that it’s so personalized,” said Rodan & Fields chief executive officer Diane Dietz. “Our consultants are obviously very connected to moms. I’ve heard it firsthand myself when my girlfriends are like, ‘Why don’t you have a teen product?’”

If you want to learn more contact me on [email protected]

Find a Rodan and Fields Consultant