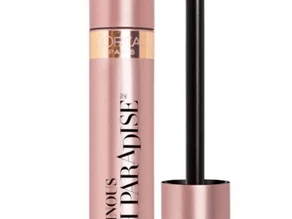 Whether you’re creating a super minimal look for daytime or full-on face complete with a smokey eye, mascara is the cherry on top of many makeup routines. With all the amazing, affordable formulas on the market, it’s important to know that a great mascara shouldn’t have to cost you a ton of money. But since there are so many out there, it can be hard to decipher the best inexpensive mascaras from the lesser-quality ones.

Since a lot of the most popular makeup brands are owned by the same parent company (L’Oréal, for example, owns Lancôme, Maybelline, and Garnier), there tends to be a lot of crossover in formulation between their products. That means you might be able to buy a L’Oréal mascara that works just as well as its pricier Lancôme counterpart. Also, here’s a tip: because mascara formulas are highly-regulated, due to the fact that they go so close to your eyes, there often isn’t a ton of innovation happening in terms of the formula itself, so it’s much more important to pay attention to the brush.

Cheap: An Award-Winning Drugstore Mascara That Rivals ‘Better Than Sex’

One of the better dupes for Too Faced’s cult-favorite Better Than Sex mascara is L’Oreal Paris Voluminous Lash Paradise. Reddit users and beauty editors agree that these two formulas are dead ringers for one another

An even cheaper option (though only slightly) CoverGirl Clump Crusher Mascara is perfect for folks who can’t stand lumpy lashes. Thanks to a curved, plastic brush and well-spaced bristles, this mascara glides onto your lashes sans-clumps, regardless of how many coats you pop on. The formula is super creamy, too, so lashes don’t become stiff or hard by the end of the day. And while CoverGirl’s mascara isn’t waterproof, it is water-resistant, so it will hold up to humidity and sweaty situations quite well.

Best Clear Mascara (That Doubles As An Eyebrow Gel)

No list of affordable mascaras would be complete with Maybelline’s Great Lash, the classic drugstore pick that was the first ever mascara many of us ever owned. But all these years later, it still holds up, creating a just long and full enough effect without being too dramatic. Though it comes a wide range of shades and formulas — black, blue, and brown, waterproof and washable — this clear formula belongs in every makeup bag because it’s perfect for natural daytime looks and also doubles as an eyebrow gel